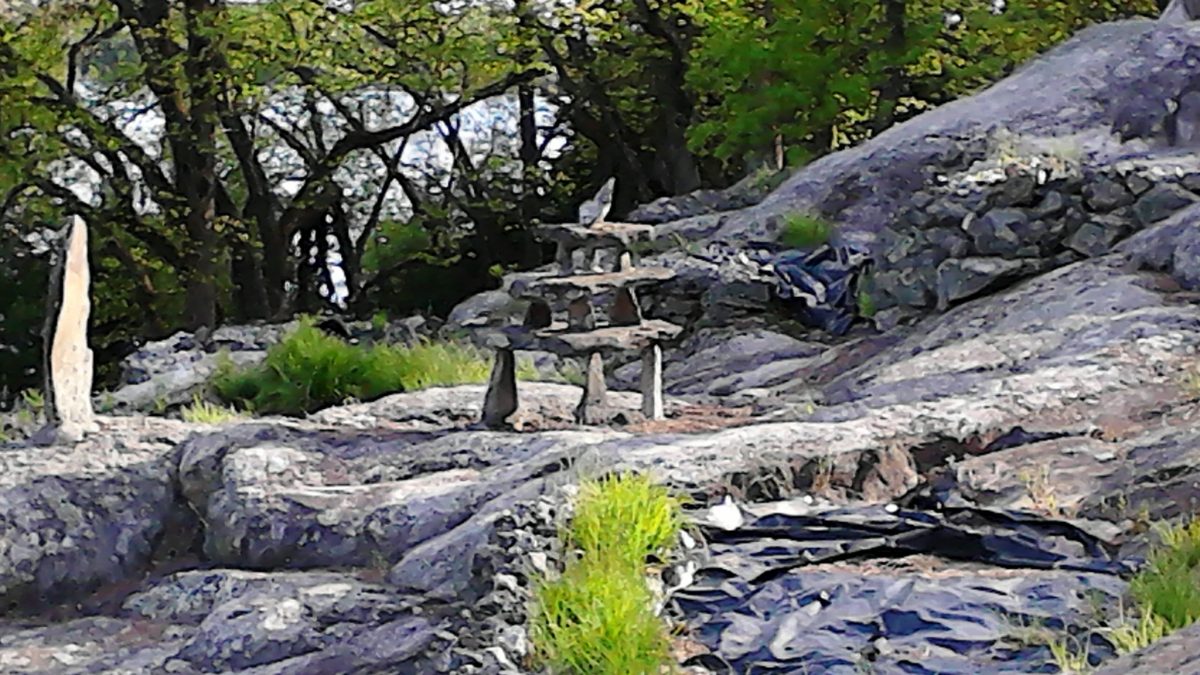 The Ellsworth Rock Gardens are a unique and captivating stone attraction that everyone will enjoy. Designed and built by Jack Ellsworth, between 1944-1965, this garden joins the natural elements of the northern Minnesota landscape and his original creativity that has become known as the “Showplace of Lake Kabetogama”

Using a rock outcrop as his canvas, he designed figures, tables, monoliths, gateways, and spires all from rock to create his terraced garden. He filled his flower beds with over 13,000 lilies, 32 varieties of dahlias, marigolds, phlox, nasturtiums, and many more beautiful flowers that highlighted approximately 200 stone creations. This garden leaves its admirers feeling as though they are in the forest wilderness. His use of balance and artisanship has drawn crowds of people throughout history and continues to do so today.

The gardens were acquired by the National Park Service in 1978. At that time, the stone statues were mostly intact but over-run by the forest. The garden had begun its deterioration, continuing for two decades until little was left. The local Kabetogama Lake community began work to restore the property in 1996. Since 2000, the National Park Service has organized an annual “Garden Blitz”, working to bring the gardens back to their former beauty.

You can visit the Ellsworth Rock Gardens by using an approved water taxi. Once on the island you can take a self-guided tour and explore a similar beauty to what Jack Ellsworth created so many years ago. Even though it hasn’t been restored to it’s full glory as it was under Jack’s care, it has developed a new harmony with the nature around it and it is beautiful.

There are local tour guides that run National Park approved water taxis to get you to the island or you can check with the Voyageurs National Park to find more information on ranger-led boat tours.