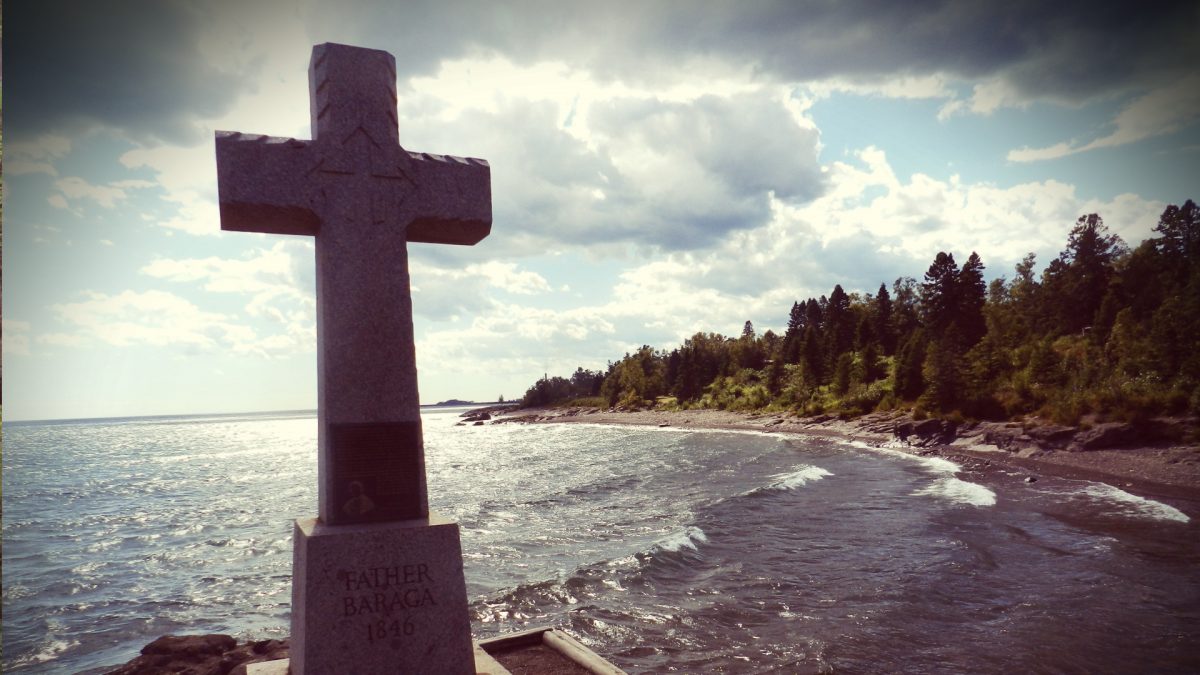 Father Baraga, known as the Snowshoe Priest, was a missionary on the North Shore in 1831. He traveled by snowshoes in the winter and by canoe when the waters were open. His desire was to reach immigrant miners, trappers, and Native Americans. He wrote letters about his missionary work that were widely published throughout Europe. He worked to protect the Ojibwe Indians from being forced to relocate. In his efforts to open communication with the tribes he recorded their grammar and a dictionary of the Ojibwe language.

In 1846 he learned of a possible epidemic among the Ojibwe in Grand Portage area and set out from Madeline Island with an Ojibwe guide in hopes of reaching them. As they traveled, they were caught in a storm and encountered rough waters. They were tossed over a sandbar and into the mouth of the Cross River. It was there that they safely escaped the storm. As a sign of thanksgiving he placed a wooden cross statue overlooking Lake Superior. Eventually the cross was replaced with a granite stone cross that still stands today representing the safe passage that was afforded to Father Frederick Baraga and his guide.

This is a great place for a picnic lunch, spending the day climbing rocks and enjoying the view of Lake Superior. Bring along your family or friends and make an afternoon of it. It is just a short walk from the parking lot to reach this great piece of history.