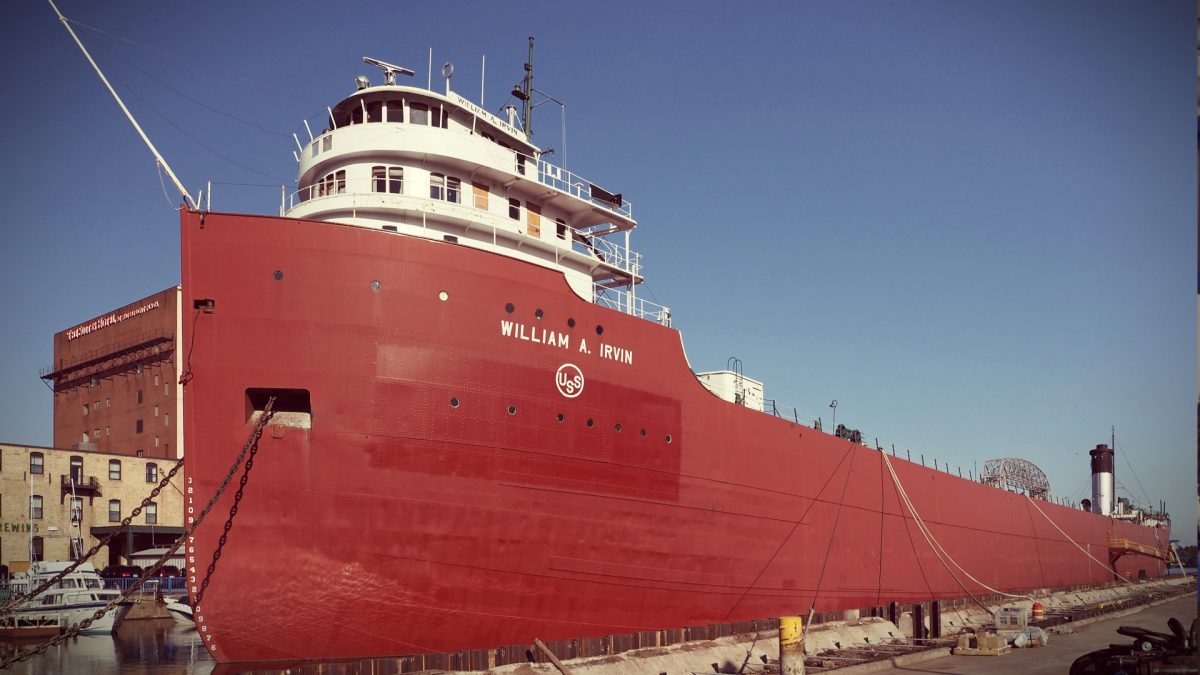 The iconic William A. Irvin has been anchored in the Duluth Harbor for over 30 years. This 610-foot freight liner sailed the Great Lakes faithfully through fierce storms to deliver its cargo. The Irvin transported iron ore around the lakes until 1978 when it was retired because of its small size. Larger, more automated ships had taken her place. The one thing they couldn’t take was Irvin’s record for unloading 13,856 tons of iron ore in a near two hours and 55 minutes that still remains upbeat today.

The Irvin was much more than a cargo ship with its glimmering brass, lounge on the sun deck, oak dining room, and walnut staterooms. In its glory days, it was also a beautiful passenger ship for officials and dignitaries and was named the Flagship of the United States Steel Great Lakes Fleet from 1938-1972. Irvin was the perfect combination of workhorse and luxury for those wanting to sail the Great Lakes.

Not sure what would become of this great ship in its retirement, the Duluth Entertainment Convention Center (DECC) purchased it and brought it to the Duluth Harbor to become a museum. Many have walked through the corridors of this massive ship exploring what life would have been like back in the day.

Recently the William A. Irvin set a course for the open waters. Due to external deterioration and concerns of industrially contaminated sediment, the ship had to be moved to dry dock for repairs. How do you move a mass of steel that has no working engine, rudder, or ballast? Very carefully. From the moment the tug boat began pulling, to when it arrived in the yard for renovations, to the approximately six hours it took to return her home, the crew worked tirelessly. Men on board used winches, Naval Cadets handled lines, DECC employees, and a board member worked together to bring her back. At times there were only inches of clearance on either side as she passed through the blue bridge. It was a success. The S.S. William A. Irvin has been repaired and is back in her proper place.

Look ahead at the tour schedule and costs to be sure the Irvin is open.