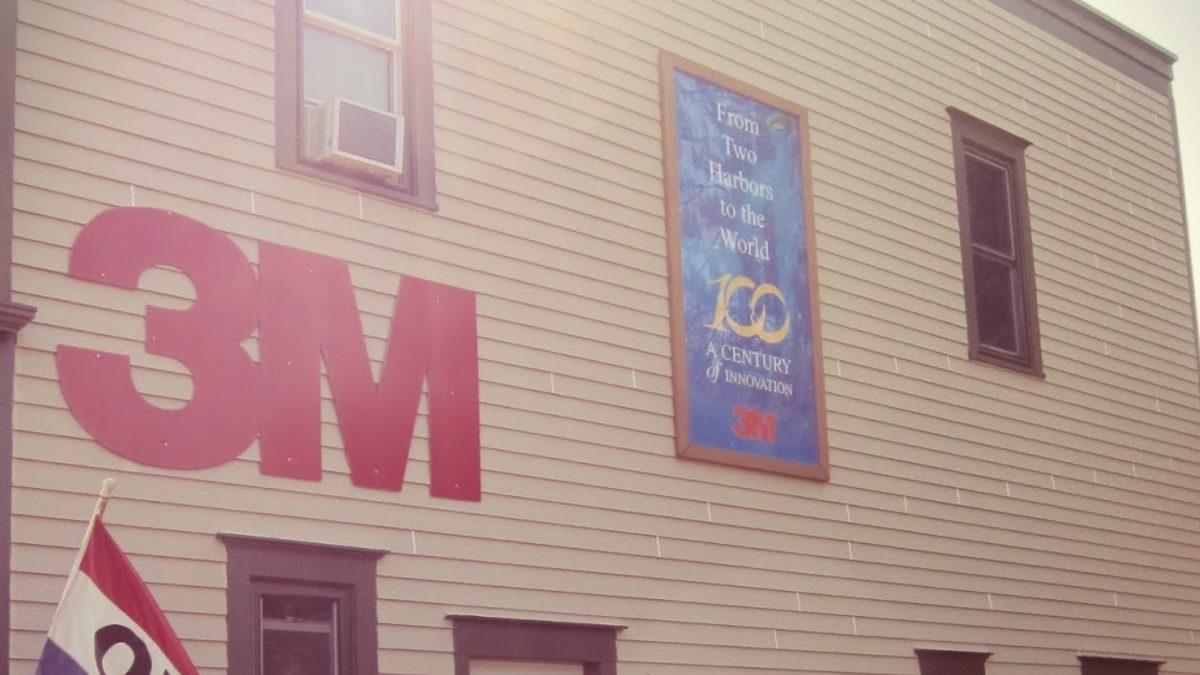 Five men had the vision to capitalize on a mineral known as corundum. Found along the north shore in Two Harbors, Henry S. Bryan, J. Daniel Budd MN, Herman Cable, John Dwan, and William McGonagle believed they could sell this hard rock to manufactures in the east to make grinding products. Unfortunately, this group of men didn’t know their mineral rocks well. After leasing the upstairs of John Dwan’s law office for $15/month and each investing $1000 dollars, they signed the papers to form the 3M company, Minnesota Mining and Manufacturing in 1902.

Exciting to get started, they purchased 300 acres and the mineral rights of land in Crystal Bay. They built the necessary equipment to process and transport the rocks. The problem was that they were pulling out anorthosite instead of corundum. As hard as they tried they couldn’t find a use for this much softer mineral. At this point they needed more capital to keep 3M going. Dwan began working with people of means and traded them stock in the company in exchange for funds. The stock was worth very little at the time. Some stockholders were said to have taken a couple of their shares to the local bar and trade them for a cheap shot of whiskey. It is also said that some of the bartenders held onto that stock and eventually become wealthy individuals. Today an original single stock certificate would be worth more than $1.7 million.

The company was eventually taken over by Edgar Ober and Lucius Ordway in 1905 and moved to Duluth. It was there that they began to develop sandpaper using abrasive minerals sourced from a different location. In the years following, the company would add a key person to their team. Willian L. McKnight started as a bookkeeper but would eventually lead the company into life-changing innovations as the President and Chair of the Board. In 1910 the company left the north shore and headed to St. Paul to be centrally located and allow for faster growth.

3M has gone on to invent and create many household items that people around the world have come to rely on in our everyday lives. Wetordry Waterproof Sandpaper, masking tape, cellophane tape, reflective tape, Scotchgard fabric, double-coated tape, Scotch-Brite pads, Post-It Notes, gift wrap, and so much more. In all the company has developed over 50,000 products for the advancement of our lives.

The 3M Museum is located in Two Harbors in the original law office where it got its start. It has been listing on the National Register of Historic Places. It brings to life the humble beginnings of the company that would go on to employ over 88,000 people worldwide and has annual sales of more than 30 billion dollars.