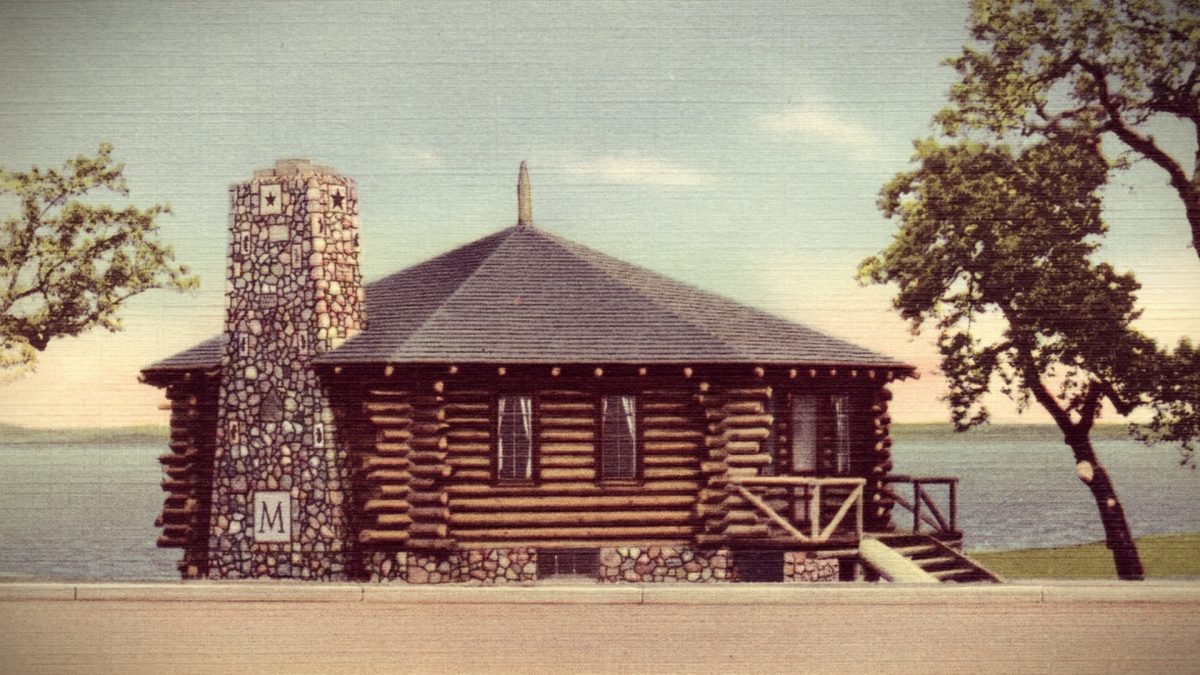 Inside the Bemidji Tourist Information Center, you will see a beautiful fireplace known as The Fireplace of States. The collection of the stones to build this fireplace started in the ‘20s and early ‘30s by Harry E. Roese, a local resort owner. He had his secretary, Kathleen Wilson, write letters to state officials, Canadian provincial governors, National Park officials, and even the President of the US, asking for stones to be sent from their area to be used in the construction of the fireplace. The letters were answered and as the stones came rolling in, each was numbered and an identification key was created.

Construction of the fireplace began in 1934 under the guidelines of the US Federal Works Progress Administration (WPA). The fireplace was built in the octagonal Bunyan House on the shore of Lake Bemidji. It is believed to have stones from every state, Canadian province, many national parks, and every county in Minnesota. As the story goes, it is believed that one province in Canada is not represented but no one knows for sure since the key is missing and many of the identifying tags on the stones have been lost.

In 1995, the building that housed the Fireplace of States needed to be torn down. Fortunately, the fireplace was saved and moved to its current location in the Tourist Information Center. When you are finished, walk across the way to visit the second most photographed statues in our nation, Paul Bunyan and Babe the Blue Ox. Admire these pieces of history that represent our great states and our northern neighbors. You will also see dozens of artifacts such as Paul Bunyan’s toothpick, boxer shorts, and shotgun.

Both the Fireplace of States and the Paul Bunyan and Babe the Blue Ox statues are located at the Tourist Information Center in Bemidji.