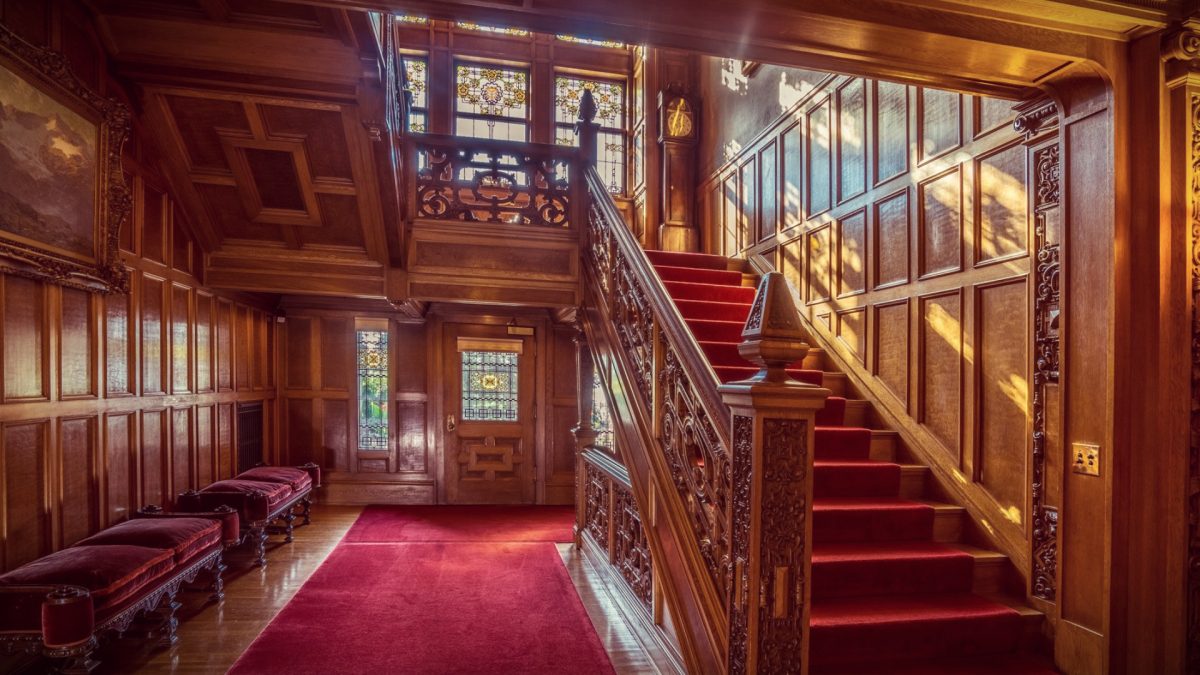 The 1910’s era has a special fascination in some. It was a golden age for the elite, met with maids, butlers, cooks, and drivers. We hadn’t started the First World War yet and technological advances were coming out each day. Looking back, it seemed magical. Like anything could happen.

The Congdon’s
The Congdon Family didn’t grow up with money. But after a very lucrative business deal, overnight they became wealthier than most people could imagine. They spared no expense and decided to build a lavish property in Duluth MN, off Lake Superior. It would be a home they could pass down for generations.

The Glensheen Mansion
The Glensheen Mansion as they called it, embodies their way of life. Guests could arrive by carriage, automobile or even yacht via Lake Superior. They had it all. The main level was where they impress their guest, from the sitting room to the parlor. Everything was impeccably styled. Chester Congdon’s office was influenced by the Far East. Across the hall, was the library. Complete with built-in bookshelves that reached to the ceiling, couches to relax on and a view of the lake.

Each room of the mansion had its own feel. The styles changed based on the occupant’s personality. They loved to incorporate pieces from their different travels in each of the rooms. As you moved up to the upper levels, the style relaxed more and more. While the main level had the most ornate details, the upper level was more reserved. The master bedroom suite was simpler. It had an attached dressing room for Clara Congdon. Chester Congdon even has his own dressing room, aka, the bedroom. The girls all stayed on the second floor. The oldest children all got views that overlooked superior and the gardens. Only one of the Congdon children did not get the grand view. But she inherited the house, so she won out.

The third floor of the Glensheen Mansion was the boy’s quarters. Their bedrooms were styled with rich wood tones. They had a common area to hang out in. The third floor also included a hospital room. The Congdon’s wanted to make sure that if someone got sick; they were exposed to the least amount of germs possible, including those from others. They would have a private physician come in and care for them.

One of the innovative ways they cooled the house during the summer was through the help of Lake Superior. By placing windows that would open through closets, bathrooms, and hallways, it would allow the wind to pass all the way to the opposite side of the house.

After the original owners, Clara and Chester passed on; they left their house to their youngest daughter Elisabeth. She lived there until she passed on in 1977. After that, the family donated the Glensheen Mansion to the University of Minnesota. Currently, they are working to restore the mansion to it 1910’s look and feel.

The Tragedy of the Glensheen Murders
Yes there was a murder in the house. No, your tour guides will not talk about it.

To learn more about the Gleensheen Mansion, see the full story and photo gallery from Day Tripper, you can visit http://daytripper28.com/minnesota-adventures/northwestern-mn/glensheen-mansion-duluths-downton-abbey/

Jen spends her spare time exploring the midwest and blogs about her adventures. Thank you Jen for sharing with the Northern Minnesota Chamber.