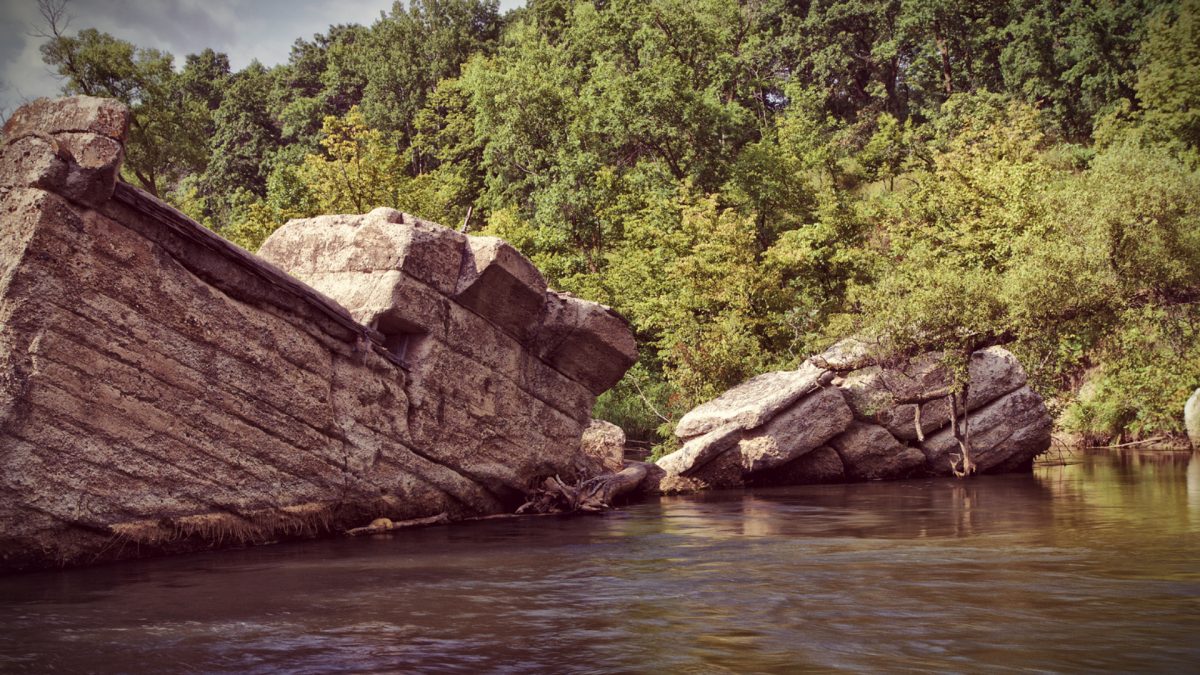 The stone remains that protrude out of the water are all that is left of the once-powerful hydroelectric gravity dam. Built-in the Otter Tail River in 1908, the dam’s purpose was to supply energy to the power grid of the nearby town of Fergus Falls. Unknown to the builders, they had chosen to construct the dam on a freshwater spring. As the spring continued to flow water under the dam, it weakened the structural integrity. On September 24th, 1909, at 4:20 a.m., the onsite crew found water flooding the powerhouse floor and the electrical lights fading. They left just in time as the 10-ton generator was swept into the river. They headed toward town to warn people of the coming flood. The resulting rush of water caused four other dams downstream to fail.  Many farms and homes flooded but amazingly, no lives were lost in this catastrophic flood.

There wasn’t much left of the dam so officials decided to leave the remains in place. In 1949 it was established as Broken Down Dam Park by the city. There are very few signs to help direct you to this beautiful area to explore. It can be found at mile 52 on the Otter Trail River State Water Trail.