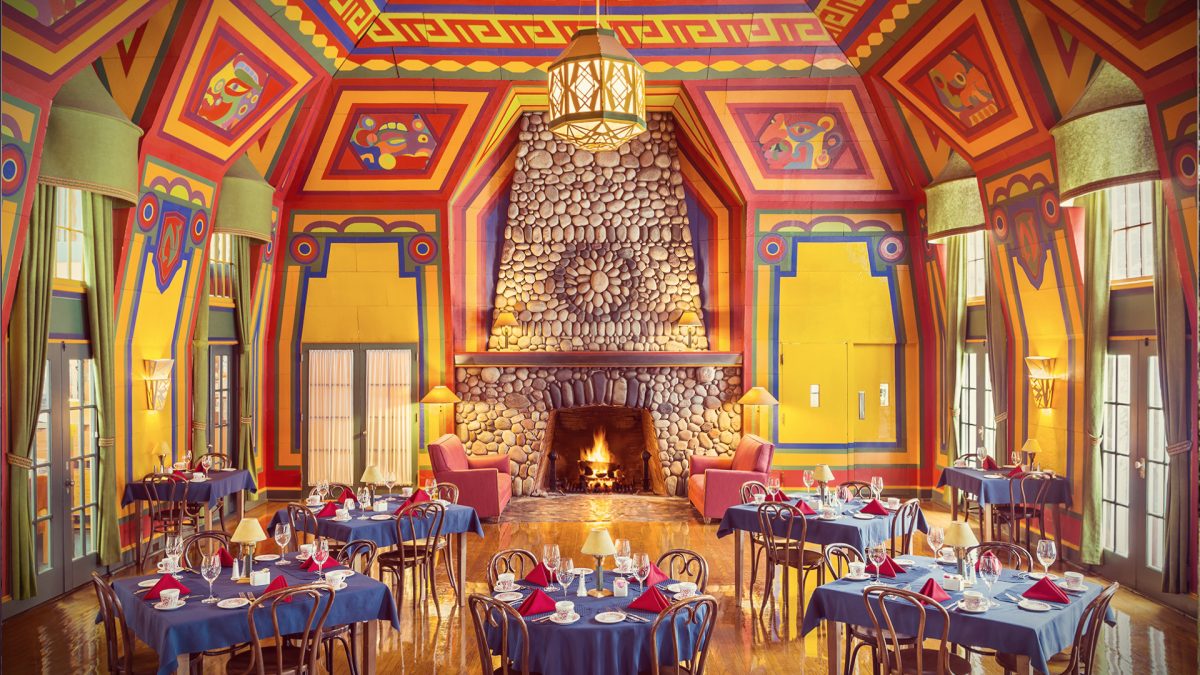 The Naniboujou Lodge was intended to be an elite and private club situated on the northern banks of Lake Superior. Surrounded by some of the most beautiful forested lands for hunting and waters overflowing with fish for fishing, these 3,330 acres were designed for enjoyment. The original founding members of the Naniboujou Holding Company dreamed of a place for people to get away, “To live and learn…why the raspberry follows the fireweed…the ways of the kingbird . . . and the home life of the beaver”.

In March of 1928 the first drawings of what was going to be developed were shared publicly. The plans included a grand large clubhouse, 150 rooms for guests, a golf course, a tennis court, and a bathing house. All that was needed now were members who would consists of friends, and friends of friends. To keep this as exclusive as possible there would be no advertising for memberships, just personal invitations. Each 99-year membership (the length of the land lease) was sold for $200 or more. Minnesota residents were limited to 25% of total memberships. If you upset other members you could be voted out by just two deserting votes out of the 24 member board of governors. The other memberships available were reserved for well know and prestigious individuals like Babe Ruth, the famous New York Yankee, Jack Dempsey, the former World Heavyweight Champion, and Ring Lardner, a New York newspaperman.

Besides its magnificent surroundings outdoors, the lodge itself was an impressive sight to behold. Painted and designed with the Cree Indian motif, it was said “It’s straight from an Agatha Christie mystery novel. The almost psychedelic Cree Indian designs covering the walls and ceiling are like a North Woods answer to the Sistine Chapel.” Boasting the largest stone fireplace in the state (20 feet tall and 200 tons of native stone), fourteen sets of French doors allowing the outside to come inside, the magnificently painted dining room and the colorful twenty-foot high domed ceiling resembling the shape of a canoe, all add up to inspiring awe and wonder in its guest. The Naniboujou Lodge was designed to satisfy one and all.

The Lodge opened on July 7th of 1929 and unfortunately, four months later, ran into difficulties due to the stock market crash. Never being built to its full grandeur, the Lodge struggled to thrive for 10 years until it was sold in 1939 to the Arthur Roberts Hotel Chain. It no longer had the exclusivity that the founding members had planned but it would continue to operate as a hotel. It was a fresh start with some restorations and landscaping to spruce the place up. They added many new activities for guests including archery, croquet, skeet shooting, swimming, canoeing, indoor shuffleboard, and more.

The Lodge continued to pass from owner to owner many times over the years. Que the Tim and Nancy Ramey family. They spent six years prior to coming to the lodge working for Fish Enterprise, a Christian organization that placed people into jobs around the world as missionaries. The Ramey’s accepted the mission of managing the Naiboujou Lodge. Through much prayer and trust in God, the time came for the Ramey family to make a change. They no longer were just the caretakers but become the owners of the lodge in 1985. Together with their seven children, they all worked to build this ministry.

Staying true to their Christian beliefs and convictions, they felt they were called there for a reason, to offer a retreat experience. That is exactly what the Ramey family has done. They now offer fine dining with award-winning food to satisfy even the toughest critics. Your days and night can be filled with stargazing, campfires, snowshoeing in the winter, Naniboujou storytelling, an something they call “Mindful” Paddling and Hiking Tours to Points Unknown”. This is your time to slow down, explore, and enjoy the nature around you. If you get a moment to ask one of the family members about the history of the lodge, you might hear about some of the tragedies it has seen as well as the joys and celebrations. There is so much more to learn so start planning your visit today.