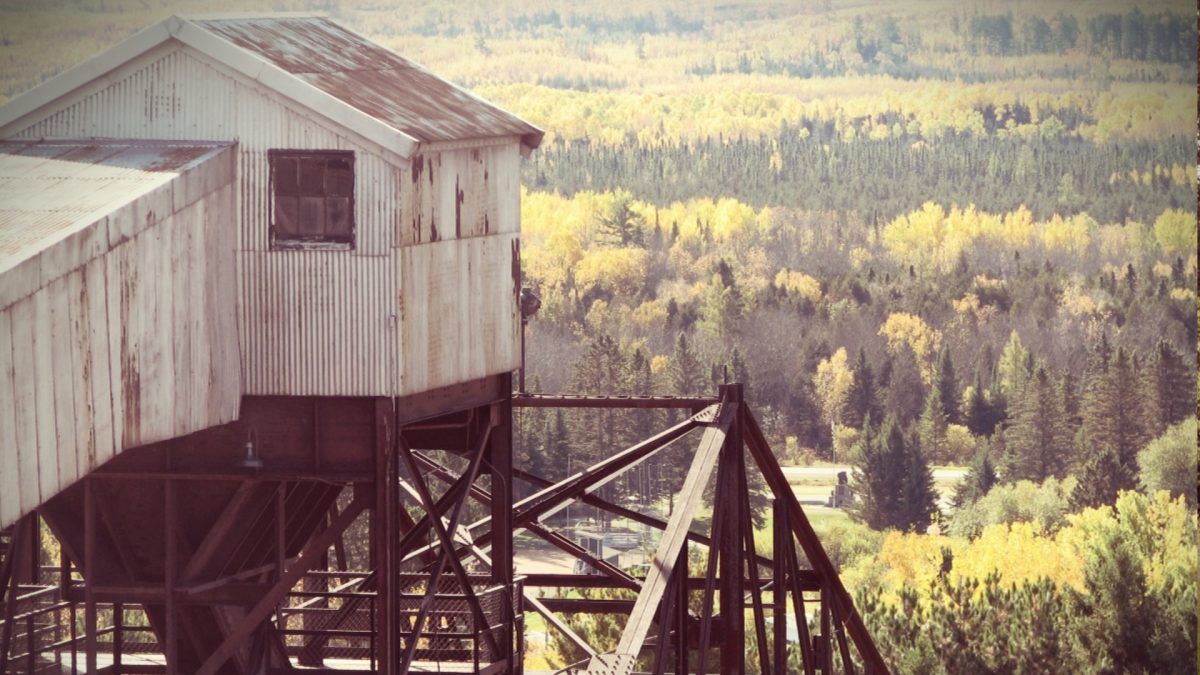 It’s hard to go to northern Minnesota without seeing the impact that mining has on the community. But one thing I didn’t expect was how beautiful the process could be. Visiting the Soudan Underground Mine Tour I had no idea what to expect. Something grimy I guess, but nothing could have prepared me for what I found.

The largest underground mining operation in Minnesota for over 80 years was the Soudan Underground Mine. It produced ore with uniquely high oxygen content that helped produce all the steel around America. When technologies improved it no longer became cost-effective to dig there anymore, so in 1962 the mine closed. The following year, the mining company donated the operation to the State to create a State Park. It is a remarkable gift to Minnesota.

The mine was called the Cadillac of mines. It was the one everyone wanted to work at not because of its great treatment by the mine owners. But it was because of natural elements, allowing for fresh air to flow down and circulate through. It was also never one that would flood, so the miners always felt safe. Well, as safe as you can be that far underground.

The Soudan Underground Mine Tours start with a quick tour from former miners talking about the mine. After that, you get fitted for your hard hats and get ready to experience life underground. The hardhats were a safety measure put in place by OSHA but more to protect you from running into things or if you fell. There was no threatening of things falling on you. Either way, it put you in character.

2341 feet below the surface and 689 feet below sea level. It is deeper than I’ve ever traveled underground. To get down to the mine, guests ride the same elevators the miners took, all controlled by a giant lift cable you can see in the engine room. As we all packed in, the kids got front row. It was a little unnerving thinking about what could happen. The tour guide was nice enough to keep a light on illuminating the cave walls.

The mine’s tunnels were developed to follow the iron ore and therefore we didn’t go straight down. We actually ended up on the other side of a huge rock quarry that is situated in front of the main entrance.

After finding out some more information about the mine, we all loaded up into a train car to get deeper inside the mine. The train was slow-moving but in the tight space; it felt like we were cruising right along. On the sides, there were mannequins pretending to work. It made you feel like it was an active mining operation.

As the train stopped, we all got out and went up a spiral staircase. After getting to the top, we found a huge room filled with more displays of mining operations.

To show exactly what it was like mining, they transitioned how the lighting changed in the mine. It all started with just a candle. Three men at a time would share one candle. To preserve the precious commodity, they would blow out the candle once they got situated and worked in total darkness. Not only did it take me by surprise, we spent a solid 3 minutes in total darkness. It was so dark you couldn’t see your hand inches from your face. When you get to this part of the tour, make sure you have your kid’s hands.

After the Soudan Underground Mine tour is complete, or even while you wait for yours to start, you have to explore the grounds. They are phenomenal. You can walk into the engine room and see the huge cable running as it lifts another cage full of guests. You can walk around the backside of the mine and see what happened to all the iron Ore that was pulled up. Find out how the material was ground up and eventually dropping into waiting for train cars.

The tour costs about $15 per person and $10 for kids. Check their website for full details. I also recommend that you purchase your tickets online. We found a sweet spot by getting on the second tour of the morning. I’m not sure why but the first tour likes to sell out and the ones close to lunchtime do too.

If you have tickets for the Lake Soudan Underground Mine Tour and not planning on visiting the State Park side, you don’t need to pay for parking. Dress in layers on this adventure. Underground is incredibly cold. I was in a hoodie and jeans but my hands were still cold. But once you get back to the surface, you’ll warm up fast during the summer months.

To learn more about the Soudan Underground Mine, see the full story and photo gallery from Day Tripper, you can visit http://daytripper28.com/minnesota-adventures/northwestern-mn/the-soudan-underground-mine-tour-and-lake-vermillion-state-park/.

Jen spends her spare time exploring the midwest and blogs about her adventures. Thank you Jen for sharing with the Northern Minnesota Chamber.