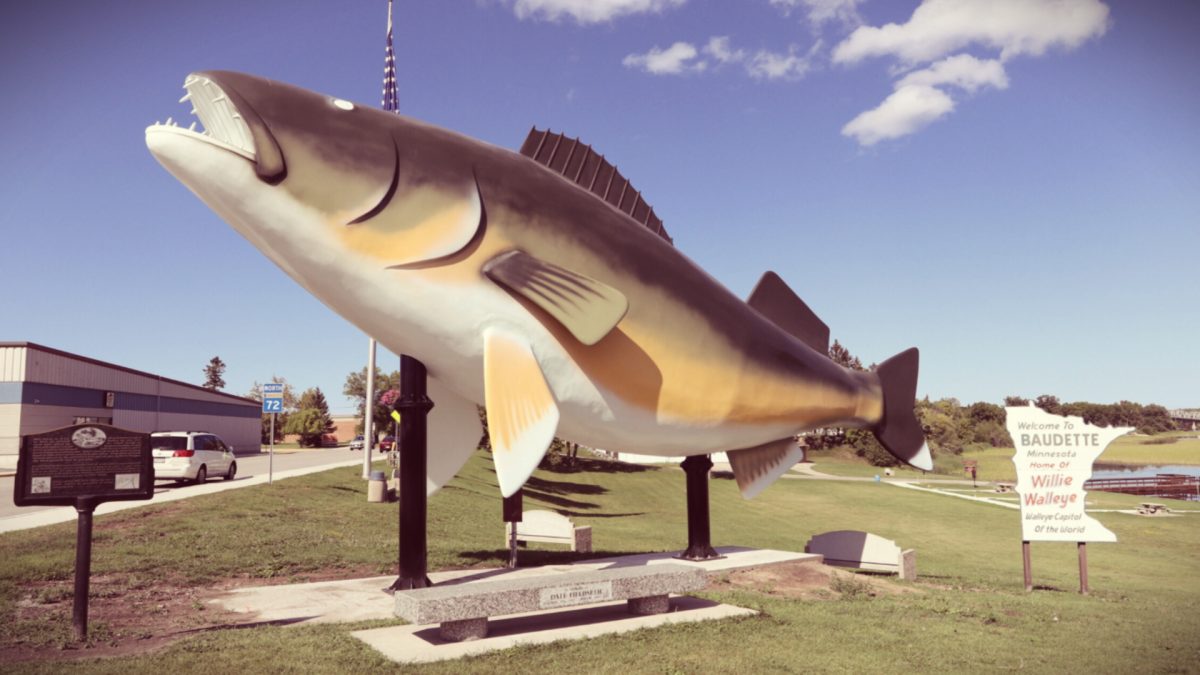 What could represent Minnesota, the Land of 10,000 Lakes, better than a 40’ long and 2 1/2 ton walleye? A new and improved walleye. Up in Baudette, Willie the Walleye represents good luck for fishermen and fisherwomen, fish stories that are as long as they are wide, and a whole lot of history.

The original Willie the Walleye was the vision of a man named Arnold Lund. He presented his idea to the Baudette Civic and Commerce Association in April of 1958. Blueprints were drafted and construction started with the help of various locals. Steel, mesh, and concrete made up the giant fish. It was a replica of the 32” walleye mounted in the local hardware store. By the spring of 1959, Willie was being painted. He was dedicated during Walleye Days on June 19-20th of 1959.

Over the years, Willie had begun to show his age due to Minnesota’s changing temperatures and harsh climate. Despite a full overhaul and continued repairs, the citizens and the city decided a newer, fiberglass version of Willie was necessary. With the expected cost being about $110,000, the community came together in a fantastic effort. The fundraising was overseen by The Baudette-Lake of the Woods Chamber of Commerce and the city of Baudette.

The new Willie looks exactly like the old Willie, just a bit more photogenic. The town’s annual Willie the Walleye Day will fill your weekend with unforgettable fun and memories. During the first week of June, you can sign up for the 5k run, find craft vendors, entertainment, and great food. This town is best known as “Home of Willie the Walleye”.

You will find Willie on the northern border of Minnesota in Baudette.